Lately I’ve been noticing a feature on a lot of my favourite blogs called Top 5 Wednesday, and I think it’s pretty awesome, so I joined up. Top 5 Wednesday was created by Laney at Gingerreadslainey and is now run by Sam at Thoughts on Tomes. Basically, there’s a new bookish category each week and I write about my top 5 things in that category every Wednesday. Click here to go to the Goodreads page to get signed up.

“We always talk about how cool it would be to be a character in our favourite books, but who would you not want to trade places with?” 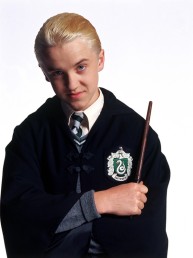 JK Rowling said she felt sorry for Draco, and I totally agree. How could you not feel bad for the guy? His parents are clearly super evil and they raised him with this ‘purebloods are superior’ mentality. With that kind of nonsense poured into your ears night and day, I don’t really know how he could have ended up any other way. I just feel like he really didn’t deserve the life that he ended up with. I mean, when he ran with the death eaters in the later books, he was friggin horrified! I kind of just wanted to hug him in a weird way, but I definitely wouldn’t want to be him.

In my very first review on this blog, I wrote about Jane. From the very beginning of the book, I felt sorry for her and wished I could yank her out of her depressing existence. From the cruel family that she got stuck with as a child to the horrible teachers at her school and that weirdo priesty guy that wanted her to marry him, I hated every bit of it right along with her. Sure, she met Rochester and that was pretty great, but I still wouldn’t want to be her. Guys and romance don’t quite make up for her screwy childhood. It hurts my bookish heart just to think about it.

Let me just say that Hans Christian Anderson’s version of this story is friggin weird and super different than the Disney version that I knew as a kid. The little mermaid gives up her voice in exchange for the chance to marry the prince. Why would she make that weirdo trade, you may well be wondering? Good question! The reason she wants to marry him so badly is because a marriage to a human is the only way that mermaids can get a soul. That’s right, guys. Apparently mermaids don’t have souls. Now, I know what you’re thinking – don’t even dogs go to heaven? I know! It’s messed up, right? I’ll cut to the chase here. Our prince marries someone else and the little mermaid turns into foam. Foam! Gah! Obviously, I do not want to be her.

This is probably the worst character of the entire group. The main reason for this is that she just irks the heck out of me. She and her husband clearly feel like books and learning are huge wastes of time compared to things like beauty or money. The problem I have with Mrs. Wormwood is that she is completely focused on the temporary stuff. Seriously, I want to shake her. I can’t friggin imagine the horrors of being her, or anything like her. -Suppresses a humongous shudder- 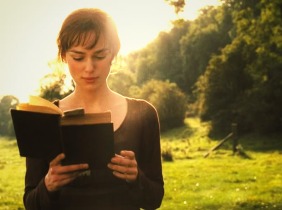 Pride and Prejudice is a serious bookish sore spot for me. I really didn’t feel any sort of connection to Elizabeth whatsoever. Maybe it had something to do with the time or social context that the story takes place in. I mean, I  get that marrying for love is a relatively new concept, but Mr. Darcy? Really? Come on. Besides being the whiniest kid on the block, he’s extremely cold and off-putting. He’s absolutely dreadful. All I’m saying is that staying single for a bit is an option too, Elizabeth. Jeez. There’s a serious lack of viable love interests in this book and it makes me sad. For this reason and because Elizabeth is now stuck with Mr. Darcy forever, I would not want to be her. At all.